Hello. I’ve been using FxSound for a couple of days now and as much as I love the audio improvements, the random audio stutters in movies, games or anything else is really annoying. They last for a brief moment, tenth of a second. If I uninstall the audio enhancer it works just fine. Did anyone run into this kind of problem maybe? I would really love to have some assistance here. Thanks in advance

Run latencymon and check what exactly makes a problem: Resplendence Software - LatencyMon: suitability checker for real-time audio and other tasks 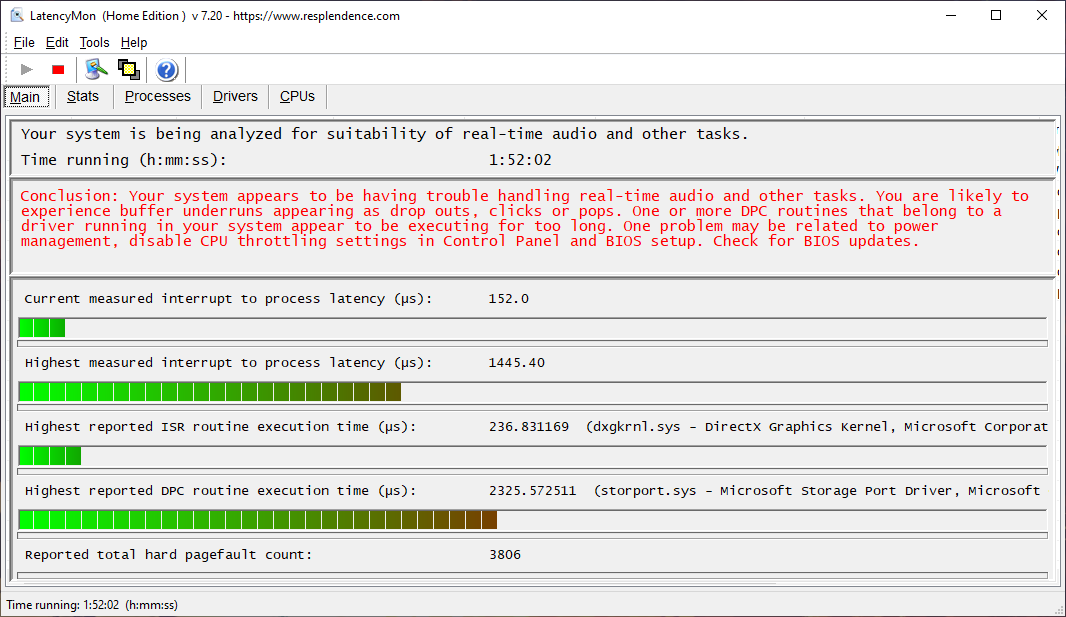 I will try to update the bios, I have some monitor and resolution issues (I can see only half of the bios). Will buy a new monitor in a month or so. Any idea what I can do about the other thing it says?

Thanks for the assist, Caleb!

I have found other people having the same issue. It appears to have started at windows 10 update 1607, for some people deleting the Nvidia audio drivers solved the issue, also changing the cpu c-state, dunno what that is, will check it out. Directx graphics kernel is what most people had problems with.