have issue with by battery being drained by FxSound app.
I have installed this because it made my laptop sound way better, so I don’t want to get rid of it…
So I have ran the diagnostic powercfg.exe /SleepStudy and it idicates this app as running all the time during the sleep.

Does anybody had this issue? Or can advice me on that?
this is my device manager
Device manager

and part of the record.

That sucks.
Thank you for the report and for the ample information provided.
There have already been multiple reported issues with FxSound and Sleep Mode on this forum, but, none concerning battery drain specifically.
I’m assuming you already tried uninstalling and reinstalling, as most users who come here with issues have…
These are low-tech solutions I’m proposing, I admit, but perhaps you could simply turn the program Off with the main button when you’re not using the computer, or when anticipating going into sleep mode?
Alternatively, my guess is, disabling the device in your Windows sound settings would work just as well.
Or - if the drain only occurs in Sleep Mode - perhaps you could adjust the settings in your laptop’s Power Manager or battery utility, to keep the laptop from going to sleep entirely?
Since you don’t want to get rid of the program entirely.
In any case: let me tag @bvijay to alert him of this issue, so he can take a look at it and hopefully provide a better solution.

From the FxSound Audio Enhancer device point of view, the driver keeps the device always in D0 state. The device does not support run time power management or PoFx which is introduced in Windows 8. But since this is a virtual audio device, it does not consume any resources when audio is not in use. Only when audio is streamed, the device buffer is filled which is read and processed by the application.
In FxSound application, during standby, audio devices are not released by the application which could have been reported as audio service being used by FxSound.
Unfortunately I don’t have any workaround to suggest, to fix this when the application is active. I can check further if the driver and application is causing any battery drainage when idle.

@bvijay Thank you for detailed explanation.
@doolhoofd thanks for quick response!

Reading this makes me think, that FxSound might not be to blame afer all.
Framework laptop is still young product, that contains stuff that needs to be futher developed.
The thread High Battery Drain During Suspend (Windows edition) - #112 by 2disbetter - Framework Laptop - Framework Community refers general issue, but since none of the users facing similar issue had FxSound installed, it could be that it is masked now with FxSound.

Thanks for reply, I will let know how things will evolve in the future.

Going off the topic of FxSound, and on to the topic of laptop batteries:
I’m a laptop user myself, I have a ThinkPad, and I keep my charger plugged in continuously while my laptop is on, and my battery stable between 44% and 55% with some tweaked settings in my Power Manager.
First tip - and I learned this the hard way, with several depleted batteries and blackouts: you should never, ever, fully charge to 100%, because you’ll notice your battery’s capacity dwindling away real fast if you keep your charger plugged in while at 100%.
So, here’s another tip: avoid gauge resets, because they will do exactly that.
Here’s a link to a handy FREE tool to measure battery health on a laptop; I also included some printscreens below with info on my battery’s settings.
I’ve been using this same battery for over four years now, and as you can see, it is still in excellent condition (99% capacity) due to these protocols. 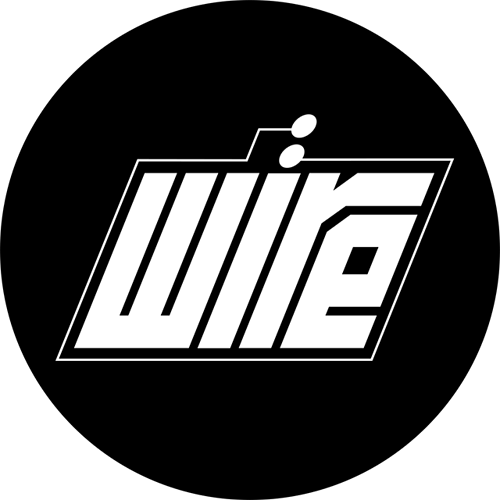 Laptop's battery health monitoring made easy, accurate and more detailed than ever! 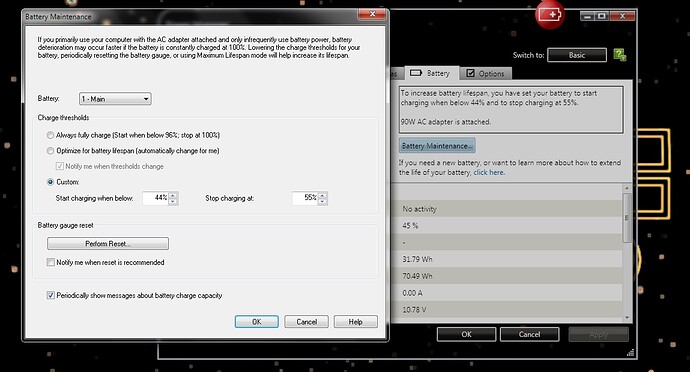