The Line Between Audiophiles and Audiofools, clearly explained:

Hey man, that doesn’t answer my question. It seems your implying that I’m a fool by even asking. But that is ok by me.

I didn’t start the topic to discuss the things discussed in that video.

If someone could kindly just answer my original question.

The lowest number of any step in your sound processing setup will always be the maximum output.
If your sound passes through FxSound and then goes to your speakers, it will be 24bit 48kHz (if the file you are playing supports it), but never more.
If you can let your sound go directly to your speakers, you will be able to get 24bit 192kHz as your maximum output (if the file you are playing supports it).
There, I hope that answers your question.
EDIT: Forgot to push the “Reply to” button.

48KHz 24bit is the max supported by the FxSound Audio Enhancer driver and the sampling rate higher than that will not be processed by FxSound Audio processing engine.

If you listened to what was being explained in the video it doesn’t need to go higher. Processing audio even at 24bit 48khz is far beyond human hearing or perception, there is no need to go any higher. Your speakers, amplifier, DAC etc CANNOT reproduce 24bits of dynamic range and probably don’t reach 48khz sampling (which would be 24,000hz). When audio gear or your PC has a 24bit sticker or option in the settings that only means it can decode a 24bit audio file, does NOT mean it can actual reproduce it in a analog wave form. The audio industry is full of BS marketing and lies 16bit 44.1khz is more than enough for human hearing. PERIOD.

@doolhoofd
damn, that was very informative for me actually, thanks for sharing that. he even verified quite a few things that i had pondered my self for many years just never looked into it kind of thing lol. luckily i was right about the audio formats between MP3 and FLAC as i could definitely tell differences even in MP3 bitrates why i always tried to get at the lowest 256 other wise 320, but have gotten to test FLAC and yes, it’s noticeable, but also use to piss me off when people would say things like rap was fine or best between 96kbps-128kbps MP3 lol, and i’m like… nah… lol.

@dodgersfan24 he wasn’t trying to insult you, he was just sharing something to better explain why it’s not needed basically to use anything higher/more, me personally, i have headsets that yes are able to to go 96khz, and yes i’d like to be able to use the option since it’s there, is it needed? no, why? because I’ve tested quite a bit, i have yet to notice any difference in games, music, movies and so on with testing, (also, side tip, don’t use YT for audio testing as they downmix everything especially with surround sound. so it’s L/R and no longer surround) but what he shared is literally just what a lot of people just don’t know. but lots of this also greatly depends on the hardware you have. and probably unless your spending around $4000 at the minimum, which LTT does a video of that, but it’s probably all the same crap down to $50 stuff. at least in my experiences in gaming headsets and such alike and very cheap earbuds, like the best price range i’ve found for “Gaming headsets” for instance, is between $90-$150 their all pretty decent and have their plus and minus, basically going any higher seems to be dumb and lower will be hit and miss with very different things. but sadly… even with $300 headsets… almost ALL headset mics are like $10-$15 mics… why it’s best to check audio mic recordings of certain headsets, like i use to compare $9 skullcandy earbuds to the old dr.dre beats and the earbuds ALWAYS beat the $200-$400 headphones… this was probably going on… 7-10 years ago, the ONLY differences i usually heard was the overall volume was louder by maybe 10% in the beats and the highs were only ever so slightly better audible, that’s it, but my $9 earbuds were way better on base, the quality of them lasting however… definitely the $9 lol, and tuning is always different from brands which is why EQ’s are there.

also, as for what @IOWAudio mentioned, yes, I’ve tested my own hearing, granted this will also depends on your hardware, but i find many sites with proper audio testing files and such to do a lot of my testing, i can hear damn near as low as 10hz, sometimes it’s more around 15hz, but the highs, probably between 17khz-16khz is my highest. now these higher frequencies would probably only benefit those who somehow can still hear certain one’s which there are but it’s rare, and those under… what was it… 16 years old or something like that can still higher frequencies than the rest of us who are older than 20,
(don’t remember the exact age so don’t quote me on that as it’s been a while and I’m sure it’d be a 10 second google search lol.)

but anyways, yes their just saying we don’t need anything that some marketing BS for what people say to make sales, why it’s called marketing, they’ll obscure stuff just to make it seem better, sadly, lots of people are usually miss-informed, even i have LOTS of random knowledge that lots of people would never know, but it doesn’t mean i’m right, i do get corrected on stuff from time to time or relearn something since it finally got figured out or what ever the case is, and i like being corrected as that’s how we learn and grow, but… not everyone see’s that.

now, i will say i was one of them, like you, who suggested about upping the supported frequency to 96khz like a year or so ago, but I’ve also never heard a difference on my headset that can it supposedly use, so i never pressed it. but just got learndeded from the vid lol, and other things verified of what I’ve checked in the passed, so I’m good how it is. but also, i’d say if your using some super expensive audiophile stuff, you should be using a DAC and such so this would not be used anyways.

now, speaking of audio the one thing i personally will fight with is surround sound, this is something I’ve really noticed over most and strive for, noticed it’s more of how you use your ears, yes, technically we only have 2 ear holes so stereo is more than enough, BUT what do you think those… shapes and angles I’ll say are in your ears??? those are how the sounds bounce off the vibrate and enter your ear, pretty much if your ears were ripped or cut off and only had the holes, yes you’d probably only hear stereo and spatial awareness may be gone. at least that’s the theory. for me I’ve lived on a farm so learning to use your ears especially out in the woods at dark… you learn real quick to use your ear unless you want to be mauled by something… so that’s why i figured it out, but i also liked being in the woods at dark to sit and close my eye’s and just listen, figuring out what’s around me and where they are purely by sound and vibrations. after a while, my ears actually started to move… think of it much like a cat or horses ears when they move in the direction of the sound to open it better and focus, because my ears felt the direction and adjusted my skin. after a while i learned to do it manually. they still adjust when i hear something behind me kind of thing and I’m sure anyone can do it. but this is why I’m more focused on direction/surround sound over most of the quality stuff especially in games and competitive games. also some people say certain games don’t even have surround sound, but many software out there to prove that’s wrong lol, but also my headset will only use the channels that’s being used, doesn’t virtualize it which is nice. which is why i definitely love fxsound cause it’s literally the ONLY software I’ve used and tested(so far…) that doesn’t mess it up and does seem to fully pass it through, test it after every update and make sure as i have a fear of it being messed up lol.

also, another odd thing related to audio settings I’ve noticed in the past and still seems to be a thing and unsure why it is, but remember lowering… think it was bitrate or hz on a device and it made the overall volume louder, in windows I’ve tested this with quite a few things, but unsure why it was. but it worked for both the speaker and mic side of things. if it was too low i use to lower the quality and it’d be about 10-20% louder. figured that was worth knowing.

Overall, audio, much like FPS for instance, is dependent on each individual, some can hear certain sounds, some can’t, some can tell a huge difference between 30-60FPS or higher, others can’t, me and some of my game friends can see and feel a big difference between 100-144FPS, other’s can’t. but also age apparently affects both of these greatly…

sorry for rambling on just wanted to nerd out with this lol. definitely enjoyed this post from everyone though, also definitely correct me if I’m wrong on something though. 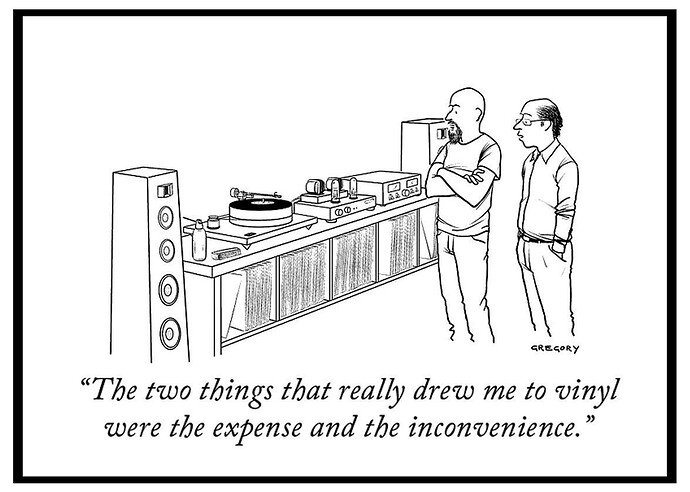 I found this video to be superb! Thank you so much for creating it!

In FLAC we trust!

I found this video to be superb! Thank you so much for creating it!

In FLAC we trust!

Just to be completely clear, I did not make that video, I merely shared it.
Still glad you appreciated it though.

I accidentally learned a lot from it. Great post!